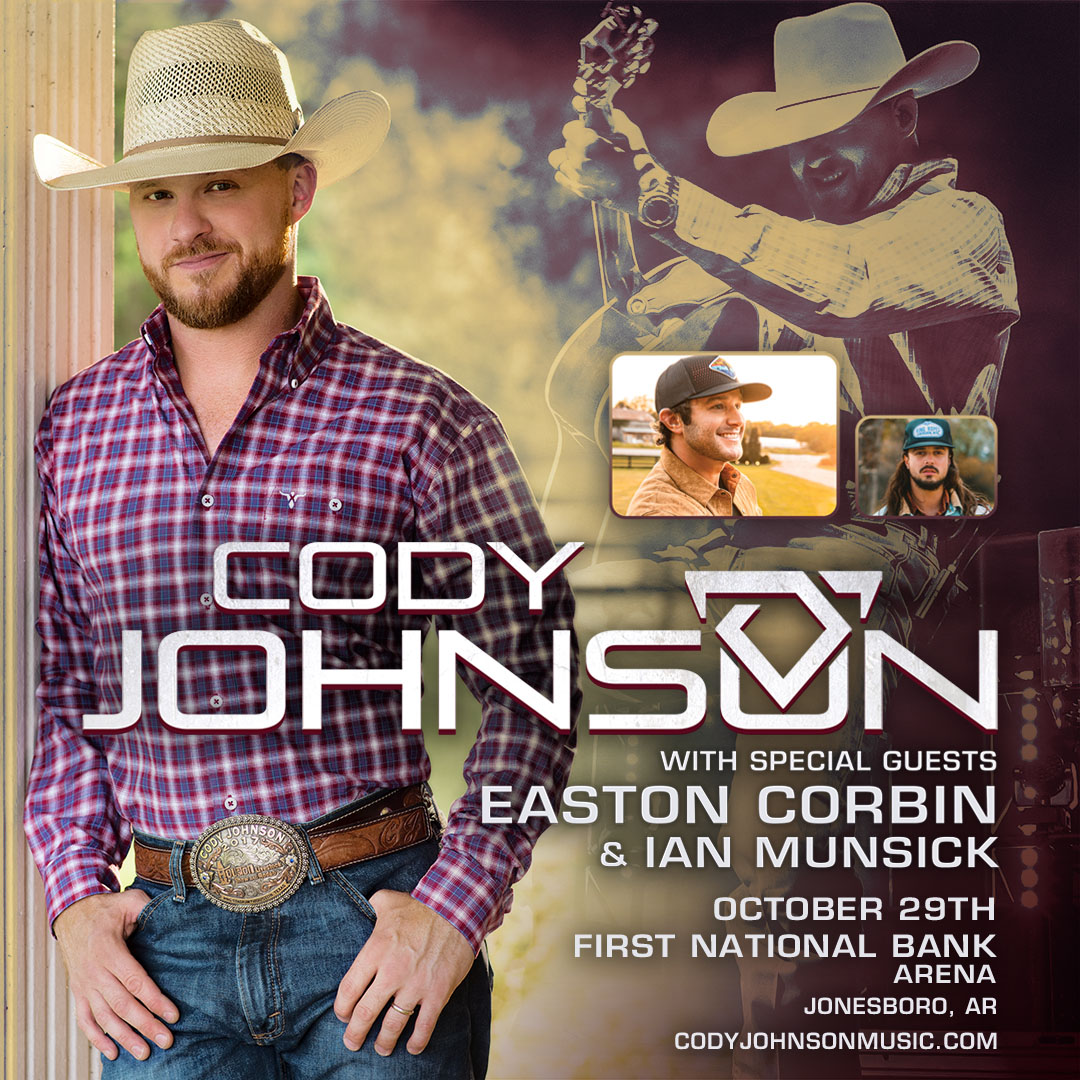 COJO Music/Warner Music Nashville country powerhouse Cody Johnson is roaring into the second half of 2021 with an impressive slate of North American tour dates and new music. The critically acclaimed country singer and songwriter will play more than 40 shows in the United States beginning in June.

“There are few feelings more amazing than being on stage with my friends in front of all our fans,” Johnson says. “I can’t tell you how excited the whole gang is to finally be back on the road playing country music for you.”

Johnson also recently released the new song “Sad Songs and Waltzes,” a retelling of Willie Nelson’s 1973 classic featuring the global icon himself. Fresh off his 2019 No. 1 album, AIN'T NOTHIN' TO IT, Johnson released the song with more exciting news — a new, 18-track double album will be coming in the Fall.

Johnson has amassed more than 2.1 billion streams of his music, racking up two New Male Artist of the Year nominations at the Academy of Country Music Awards and a New Artist of the Year nomination at the Country Music Association Awards. In addition to Johnson’s new duet with Willie Nelson, the singer recently collaborated with Reba McEntire on “Dear Rodeo,” a song that inspired the new autobiographical documentary film Dear Rodeo: The Cody Johnson Story.

Johnson’s new tour kicks off on June 17 at The Country Fest in Lawrence, OH. For a complete list of tour dates, visit www.codyjohnsonmusic.com.

Tickets can be purchased online via Ticketmaster or through the central box office. Box office hours are Monday-Friday 8:30am to 5:00pm. Their phone number is 870-972-2781.